A review of the benefits and disadvantages of using cloud-based software versus the traditional on-premise model.

Software used to be something a company bought, installed on its own computers and servers, and handled all the networking and storage needs in order to use the software. Organizations purchased new versions of software regularly for updates and started the process over again. Then a new model started popping up, something people called Software as a Service, or (SaaS). Now, more and more companies are moving everything to what has become known as “the cloud,” with software and storage being outsourced to companies like Google, Apple, and Amazon Web Services, to be accessed through the internet.

What has caused this change? Why are we seeing this shift toward cloud computing? And what are the pros and cons? 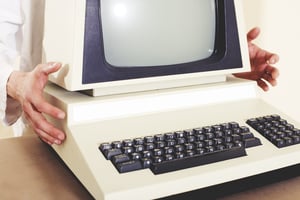 In the early days of computing – it was necessary for all software to be physically installed on a computer for it to function. From the first computers being fed punch cards, computers had to be properly configured to ensure they had the right system requirements, including the right hardware to read those punch cards. As computers progressed, requirements began to include things like adequate processing power, enough storage space to hold the program files, and any necessary peripheral hardware and software required for the program to run. (For instance, some programs require an installation of Java to run properly.)

Disconnect: The necessity of on-premises installation was pretty simple: computers simply weren’t connected to each other on a large scale, if at all. Everything needed to run a program needed to be on the computer itself. In fact, early computer programs sometimes required users to type in all the program code themselves since program delivery wasn’t easy until the invention of relatively inexpensive floppy disks.

Availability: While the first computer networks were developed in 1969-1971, it wasn’t until the early- to mid-1990s that the internet became available and accessible to those outside of the tech world. Prior to this time, computer networks were still largely limited to the computers and servers owned by a particular organization or to collaborative networks between specific institutions.

Speed: Once the internet came into more widespread use, there were still a number of limitations. Slow internet speeds made transferring large packets of information prohibitive. It was both much quicker and more secure to retrieve information stored on an organization’s own servers and internal networks than to upload and download to and from off-site locations. However, some cloud services began popping up, such as the first web-based email platform in 1996 and the first software delivered via internet download in 1999.

Faster connectivity quickly changed the pace and face of cloud computing. It soon became clear that companies could provide large amounts of computing power, data, and storage capacity to external clients. With the launch of Amazon Web Services, Google Docs, and streaming Netflix in the mid-2000s, computing was changed forever. More and more, people are opting to pay for access rather than ownership. Corporate software isn’t much different, with the rise of models like Microsoft Office365 where organizations pay for access to programs housed on Microsoft’s own servers rather than purchasing them and installing them on-site.

The Benefits of Cloud-Based Software 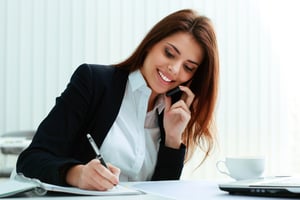 The shift toward cloud computing can be attributed to the several benefits it offers users.

Cloud services decrease technology-related costs in a number of ways.

Unless an organization is in the technology sector itself, chances are IT is not the core focus or competency of the business. And even if the technology is the core competency, it is highly unlikely any organization writes and maintains all the technology that makes its business run. (Example: Facebook probably doesn’t bother to write its own visitor management system to track who visits headquarters.)

It just makes sense for any business to put most of its focus on its primary objectives rather than spend precious time on support processes. Small businesses and new businesses just getting started especially benefit from outsourcing. Cloud computing can make it so an accounting firm doesn’t have to hire IT personnel at all. Their skills lie in knowing tax law and good accounting practices, not in trouble-shooting servers, keeping abreast of IT security, or handling software updates.

Speaking of updates, a major benefit of using cloud software is the immediate nature of updates. When organizations purchase on-premises software, each computer or each internal network requires its own individual installation. When a new version of that same software is released, the IT staff must physically handle the upgrade. This is also necessary for any security patches or mini-updates that occur between release versions.

With SaaS models, there is no waiting for an update. Micro-updates are often pushed to all users regularly as a matter of course. Full-version updates may still occur if there are major changes to the software, but all updates occur automatically, without intervention by IT staff. There is also no worry about multiple versions within the same organization that could cause compatibility issues.

The ability of small and startup organizations to outsource solutions is worth exploring further, as small businesses may reap benefits in greater proportion than large organizations. In fact, in 2014, small companies were 20 percent more likely to adopt cloud solutions than large companies. Larger companies often have greater resources to put their IT needs into practice on-site, while smaller companies simply do not. Thus, cloud computing offers small businesses the ability to raise their competitive game without having the same resources.

The Advantages of on-Premise Computing

In spite of the many advantages of cloud computing, many organizations – and large organizations with over 500 employees in particular – still prefer on-premise (often referred to as 'on-prem', or onsite) computing. And there definitely are some legitimate reasons for choosing on-premises solutions.

Summary - Is the Cloud or on-Premise Right for You?

Whether to use cloud computing, on-premises computing, or a hybrid model, each business or organization will have to make the appropriate decision for themselves. Decisions may also need to be made on a case-by-case basis for individual software needs rather than as an overall company policy. There are some terrific online charts that outline all the pros and cons and can help determine which solution is right for a particular situation.

With cloud-based solutions being adopted at a rapid pace, organizations would be well-served to consider all the benefits of this rising trend and what it means for them.

6 Coworking Business Metrics and How to Improve Them | Greetly

6 key business metrics to help understand and improve the financial health of your co-working space and 1 tip to improve your business results.

How the UI of your coworking software can improve the member experience and help you grow your business.

Greetings: The Beginning of a Great Visitor Experience | Greetly

The best visitor experience starts before they even walk into your office and concludes with guests thinking “I want to do business with these...