The importance of delegating. (Or, how to preserve your sanity)

Have you ever noticed that sometimes as a business owner you can’t seem to delegate a task?

As a small business owner you are used to wearing many hats. As you get started you’re responsible for every aspect of your business from sales meetings, to funding, to shipping your products, designing your site, all the way to tech support. As your business grows, it can be challenging to let go and relinquish total control. It often feels like it takes longer to teach someone to do a task, than it does to do it yourself. But, the ability to delegate and spread the love is not only an important part of team building, it’s also a key measure of success in a high quality leader.

You’ve hired a team to do the job, so why is it so hard to let them?

You’ve grown enough to the point where you’re actually able to rely on other people to support your business, and you’ve invested the time to make sure it is the correct people and partners, but it can be really hard to trust someone to do the task.

It’s like the old saying, if you want something done right, do it yourself. Right?

Delegating will not only save you time, it will also show your team and partners that you trust them with important work, and you respect what they bring to the table. You don’t have to have a large team in order to delegate. Delegating also means trusting your suppliers and vendors to do their jobs correctly, too.

At Greetly we very much value the need to save time, and save your adMINutes, especially as you juggle the many tasks on your plate. You can keep trying to do it all yourself, but you’re going to drive yourself nuts (and probably your friends and family, too) if you don’t relinquish a bit of control. Allowing people to “do their jobs” means you can focus on the bigger picture aspects of running your business, including growing and mentoring your team throughout the process. It also means that maybe, just maybe, you don’t have to stay up all hours of the night responding to emails, fixing issues, and working on important (or menial) tasks. Unless your Indra Nooyi, and you’re fine with running on empty. One of the world's most prominent female executives since getting Pepsi's top job in 2007, Nooyi sleeps a meager four hours a night, according to CNN Money. 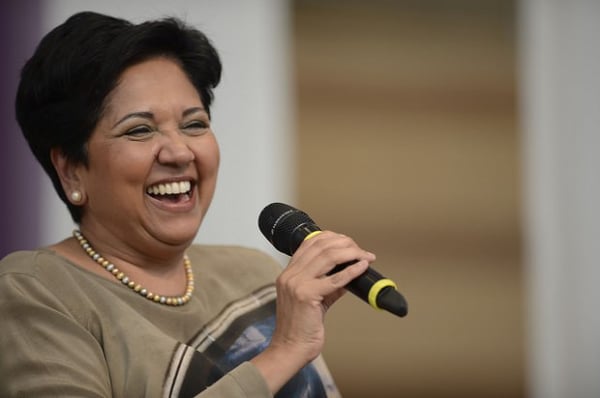 And as a reminder from MindTools: When you first start to delegate to someone, you may notice that he or she takes longer than you do to complete tasks. This is because you are an expert in the field and the person you have delegated to is still learning. Be patient: if you have chosen the right person to delegate to, and you are delegating correctly, you will find that he or she quickly becomes competent and reliable.

The best leaders and managers are those that are looking out for the big picture, as well as the day to day of their employees. Being able to effectively communicate, delegate, and set goals will ensure that you have built the respect and understanding of your employees and vendors. Of course leadership comes in many different forms, (ahem, Michael Scott) but one constant is the ability to communicate effectively.

People don’t leave companies, they leave bosses. One of the top reasons people leave their companies is due to lack of opportunity for advancement, and with that, lack of empowerment from their bosses. In a study completed in 2014 by BambooHR they found that 80% of responders ages 30-44 found it “considerably annoying or a deal breaker when the boss doesn’t trust or empower them.”

Delegating clearly, with solid direction and expectations, means your team will feel empowered and confident in taking on new tasks. Be sure that once you’ve clearly communicated the request and expectations, that they’ve actually committed to the expected results. Your ability to communicate your needs and their role within your company will not only set them up for success, but it will also allow you to build trust with your team and vendors.

Dan Kennedy, in his post on Entrepreneur, said that it’s a seven-step process to learn to effectively delegate. Here are the 7 steps he offered:

Trust us, we know delegation isn't easy, especially when you're used to doing everything yourself. But trust us, mastering the art of delegation means preserving your sanity. And at the end of the day, it’s all about making your job easier, making sure you use your time the most efficient way possible, and making sure you have a happy and healthy team. Tell us, how did you learn to delegate, and any hiccups along the way?