Why Remote Employees Are Unwilling to Return to Offices

As we look to the future of work companies are trying to determine the best way to foster collaboration and workplace culture in a post-COVID environment.

It looks as though the world is getting ready to get back to normal after lengthy lockdown regulations. But this doesn’t necessarily mean that people are thrilled with the idea of returning to the office.

The acceptance of remote interaction as an alternative means to office life has met well with many people. They have valued the savings of not having to commute to the office and now they’re unwilling to return to the office again.

Some people don’t like the idea that their managers are skeptical about Covid-19 and are reluctant even to have safety protocols introduced into their office environments. Without a visitor sign in app in place, they aren’t returning to the office any time soon. Maybe you’re not happy that your office isn’t following government mandates for safety. There is, after all, growing recognition of the importance of visitor management software.

Companies use these visitor management systems for convenience, hygiene, and safety. This cloud-based visitor management solution from Greetly enables managers to monitor and control access permissions without the actual physically handling of keycards. This encourages hygiene and the sign-in app also enables one to identify individuals who are in the building premises at any time.

Something against the colleagues

Remote workers are refusing to return to the office and some have some valid reasons. There are some people that thrive on isolation – they’ve done well during the lockdown. Being isolated from colleagues they don’t get along with or don’t like has been a lifeline thrown to them.

They don’t enjoy noisy open-plan offices, they don’t like sharing toilet facilities, they don’t like socializing with people they have nothing in common with and they want out. Some people are even willing to quit their jobs entirely rather than having to return to what they’ve always intensely disliked.

Can’t bear to give up their freedom

If you’re particularly good at your job, you don’t like to be constantly reminded about how to do it. It’s exactly why so many people are reluctant to return to the office. Working from home frees them from the constraints of the office.

They still get all their work done, they still attend virtual meetings but they thrive on independence. They love getting the work done just the same as it has always been done, without someone watching over their shoulder. They want to be able to structure their own work within their own personal parameters.

Their perspective has changed 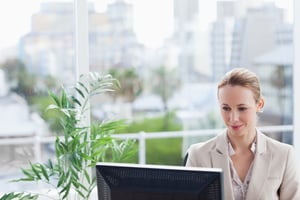 Many people have started to realize how precious sunshine, freshwater, and fresh air are. Due to the pandemic that kept them locked indoors, their perspectives have changed. They’ve started taking notice of the environment and the negative environmental impacts being made on water and fresh air.

They are refusing to return to the office as it means using their car once again. One of the biggest polluters in the world is cars. They emit a huge amount of carbon dioxide, and with fewer commuters going back and forth each day from the office, they believe it is better to work from home. In doing so, they are switching to more sustainable practices.

Having small kids has made it tough for workers. First of all, they had to get used to having their kids with them all day when schools closed, but, with a return to the office, they can’t find reliable care services.

Not only that, as the virus flares up, schools are opening and closing, and some parents just don’t know what to do with their children when the schools close. Working from home has solved the problem but now being told that they have to return to work has once again thrown parents and kids into a quandary.

Things to Look for When Looking for a Coworking Space

Coworking spaces have become more attractive after COVID as workers look to stay closer to home. Here is how to identify the best shared workspace...

The Must-haves in Your New Coworking Space

Coworking spaces are a valuable commodity for collaboration and building workplace community. When selecting a shared workspace look for these...

The Basics of Leasing and Renovating Your Startup Office

Technology companies focus on office spaces in order to attract the best talent and biggest customers. Here is how to make your startup workplace...

Get notified on new marketing insights

Be the first to know about new B2B SaaS Marketing insights to build or refine your marketing function with the tools and knowledge of today’s industry.