To Automate, or Not to Automate? That is the Question! | Greetly

The 3 most important factors to consider when exploring automation versus hiring additional human capital.

One of the major challenges of running today's highly productive digital office is maximizing resources effectively. When capital is limited, and it always is, it is imperative that businesses evaluate the resources at hand to keep a business profitable without losing its quality or reputation. One component of this challenge is understanding the best way to leverage resources and know when to automate, and when to use human resources.

So, Should You Automate or Use Human Capital?
Here Are 3 Factors to Consider: 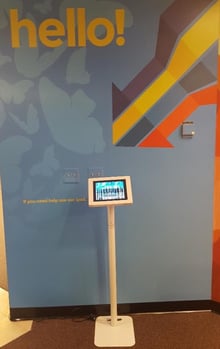 Automation is a tricky business and business owners must employ a sound strategy when taking on the task of automation. One factor to consider when deciding on automating a process, or relying on human resources is time. How much time will it take to implement a process, and train others? How does that compare to the time saved by the automation after implementation? One tip is to benchmark human effort behind a task today and compare it to the future state.

Factor #2: How Many Decision-Makers Are Involved

Another factor to consider when trying to make the decision between automation and using human resources are the number of people involved. How many people are required to make decisions today? How many people will be required during the implementation of automation? What about afterward? An imbalance between these metrics can easily tip the scale in favor of, or away from, automating a job.

Cost is also a major consideration when it comes to the decision of automation versus human resources. Executive's evaluation and office automation decision need to consider costs, both long-term and short-term, and how that will impact the business fiscally. Similar to time, automation may be more costly in the short term. However, over a long-term period, it may be a more financially prudent decision rather than using human resources. Another tip is to calculate the net present value of upfront cost versus longer-term savings.

Business owners must carefully weigh costs automation in terms of implementation, maintenance, and overall feasibility and analyze whether it is a better use of company resources to do so or to stay the course with human resources.

The Benefits of Office Automation

Automation has the potential to provide many benefits to your business:

The key idea in knowing whether to automate or use human labor is understanding the role that automation could potentially replace. Human resources tend to be better for roles where there is more gray area, especially in situations where a great deal of judgment, adaptability, and logic are required. If a role requires those skills, then automation may not be the best route. Automation is best for simpler roles where much of the process can be adapted to be done by machines.

Automation has found its success in roles that are rote and routine, especially processes that consist of repetitive tasks. It can also be used in roles where decision-making can initially be addressed by a machine. Other roles where automation may be a better option than human resources include manual roles that are fraught with the risk of injury, document management, and some processes in IT.

When implementing automation, it is best to have baseline metrics established for the pre-automation period. These may include:

After the process has been automated, it is best to do so in phases and measure success and outcomes. If there is a significant impact, then it is a good marker that further automation will benefit a business.

Should You Automate Reception

Surely this article has suggested that some tasks should be automated, while others should remain solved by human resources.

An easy decision is to add a digital visitor management system. Implement in minutes and free up your administrative staff to run the office.

Small businesses can use office automation to increase worker productivity. This article covers the criteria for choosing effective automation...

Our Favorite Tasks You Can Automate With Zapier | Greetly

The best time savings integrations you can setup between your visitor management system and other workplace automations.

Will Automation Help When the Population Declines? | Greetly App

While many people in developed countries fear AI and automation, these same groups are facing population declines. Will automation save economies?