WeWork is going public: What does this mean for coworking? | Greetly

Posted by Greetly Digital Receptionist on May 14, 2019

In April, coworking industry giant WeWork filed plans for its Initial Public Offering (IPO). While potential investors grapple with the company’s iffy financial standing – their massive net losses outweigh revenue - those in the coworking industry themselves are wondering what all of this means for the future of the flex workspace.

Is WeWork set to take over the world? Or will the publicity they continue to bring to shared workspaces propel the industry forward to even greater heights? 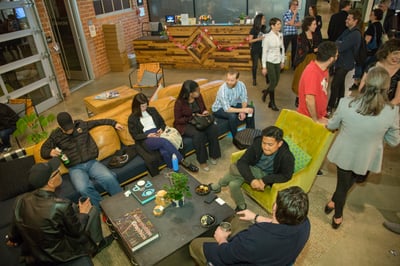 WeLike a lot of ideas

While WeWork began as a coworking space management company, as of late it has been expanding its horizons to go far beyond flex offices for freelancers, entrepreneurs and startups. They have been renting whole wings and office buildings to enterprise companies like Microsoft, IBM, and Facebook.

Re-branding itself as The We Company, WeWork is sending branches in several different directions. The company recently acquired a movement-tracking software company they hope to leverage to help maximize the practical use of work space.

If this diversification sounds a little like The We Company is trying to insert itself into every part of life, you are exactly right, and you aren’t the only one noticing. Diversification can offer a measure of stability to a company afraid to put all its eggs in one basket, or simply expand its market base to a wider audience.

Is coworking in trouble?

With The We Company’s diversification, it might lead some to wonder if The We Company believes coworking and flex offices are not a big enough market to maintain their attention. Are they hedging their bets by finding other markets?

Given the number of enterprise companies utilizing WeWork for their office spaces, we highly doubt it. The coworking model is highly appealing to a large companies for the very same reason it is appealing to startups: it helps them control costs, scale up and be flexible.

Aside from the cost benefit, coworking offers something many traditional office spaces cannot: a sense of freedom in the midst of a non-competitive community. Some scientists have studied coworking and found deep psychological benefits to working in such an environment. Communities of this type simply have more to offer than being tightly bound to a strict code. The ability to have flexible hours, to participate in coworking events and to collaborate in a relaxed way with others are truly beneficial to those who take advantage of them.

With the benefits being seen by everyone from scientists to startups to Starbucks, we expect coworking will only continue to expand into new markets.

While WeWork is quickly expanding, it may seem like the behemoth is set to take over the flex workspace world. If you are in coworking management, or have been thinking about it, are you too late?

Not at all. In fact, with the We Company going public, this may just be the perfect time to get into the market or take a closer look at your own model and practices. Its IPO is likely to draw attention to the industry and to make more people aware of the concept of coworking.

Because it is going public, The We Company is required to open up its financials, and perhaps some of its business practices, to public scrutiny. This can be a boon to competitors looking to learn more about one of the largest companies in the field.

WeWork isn’t everywhere yet; smaller cities have their share of freelancers and startups who also need office space. With the right space, the right ideas and the right coworking space software, this might be the right moment of public attention needed to get a new business off the ground. 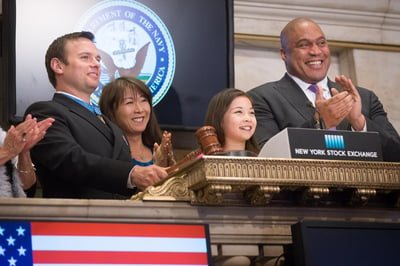 Summary - It’s not new, it's a logical next step

In spite of the attention as a trend that coworking has been receiving over the last decade, the idea of shared, flex or serviced offices has been around for a fairly long time. The real trend is in its growth, and we don’t expect it to slow down any time soon. With younger people more likely to have entrepreneurial tendencies, coworking has a bright future.

The We Company going public is just one more step in the trend becoming mainstream. Those interested in joining the field or already invested in their own coworking enterprises have a new opportunity: to watch what they do, to learn from their public mistakes and their triumphs, and to capitalize on the publicity surrounding their IPO.