Think you know the type of person who works in a coworking space? A new research study into the age and employment types of coworkers may surprise you.

Recently, two organizations that promote business and recreational opportunities in the heart of the City of Brotherly Love published a report about coworking. While the paper, “Philadelphia’s Independent Economy: Implications for Office Space,” is obviously specific to Pennsylvania’s largest metropolis, it has some interesting implications for operators of coworking spaces in other communities — especially in the ways that it undercuts some popular conceptions and misconceptions about coworking clientele. 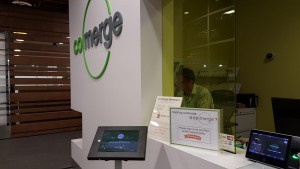 States the report, which was published by the Center City District and Central Philadelphia Development Corp.:

[I]t is not millennials who dominate the world of the self-employed, it is the middle-aged who venture out on their own by building upon networks and relationships they established within the world of “traditional” work.… Only 3% of millennials in the workforce are self-employed in both Center City and Philadelphia as a whole, whereas 13% of mid-career workers living in Center City are self-employed and 7% citywide. (The obligation of student loans and the absence of acquired professional networks are probably major factors in the preference of most millennials for stable, salaried employment.)

Incidentally, the document defines millennials as those aged 18 to 34. 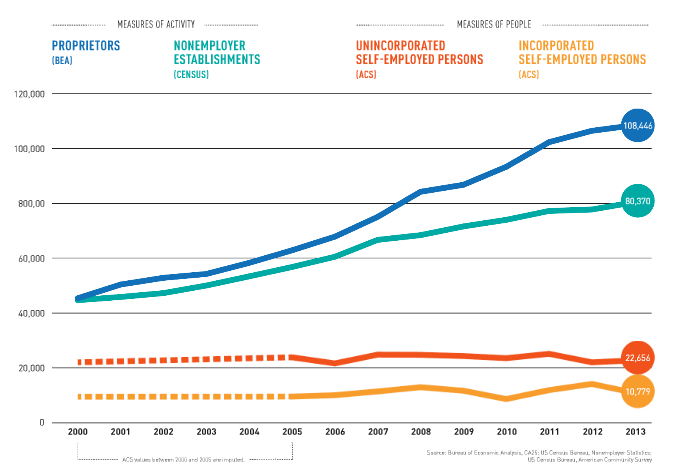 The authors also surveyed the managers of “four major coworking spaces” in downtown Philadelphia and found only one that had a majority of users who were fully independent. Freelancers and independents represented about two-fifths of workers at a second coworking space, a fifth of workers at a third space and less than five percent at the fourth one. The biggest user segment at three of the spaces were those who worked for companies based at the location — the same kind of workers who comprised the second-largest group at the only space where the self-employed were in the majority. The remaining users in all four spaces were employees of regional, national and international organizations that don’t have offices in Philadelphia.

The paper also reveals that an online survey of 268 “potential users of office space” in Philadelphia showed that those who described themselves as salaried or as partners are significantly more likely than the self-employed to use coworking. This suggests, the authors write, that “[c]oworking space can be seen as a pipeline for companies seeking to open ‘gateway’ offices in the downtown.”

Another part of the paper digs into a prediction with which many coworking industry leaders are likely familiar (and which was referenced in our last blog post) — that 40 percent of the labor force could be independent within 15 years. The report suggests that this trend may be overstated and presents data indicating that Philadelphia’s independent workforce has held steady for several years.

All in all, the 16-page paper provides an interesting counterpoint to some of the impressions that coworking executives and even the general public may have about who uses communal spaces. While the report is geared to one city, of course, it could offer some useful insight about how people in your community approach shared workspaces, and how they might be persuaded to think differently. It may be worth investigating whether civic organizations in your region, city, or town have conducted research along these lines — or whether they are contemplating doing so.

Cowork: What, Why and How? | Visitor Check-in App

Coworking offers many of the benefits - great infrastructure and a community of coworkers with the best parts of remote work - working from anywhere.

Why you might want to attend the coworking industry's premier conference, the Global Coworking Unconference, or GCUC.

What Is Coworking? A Primer on This Massive Office Space Trend

Coworking is both a place to work and a sense of community. Alleviating the dangers of the gig economy coworking can help you and your business...