Everything You Need to Know About GCUC | Coworking Space Software

GCUC is the largest coworking conference series supporting the fast-growing shared workspace industry and here are all the reasons you should attend.

It's April, and that means GCUC (pronounced "juicy") USA is around the corner. Formally it's the Global Coworking Unconference, but whatever you call it, the coworking industry is growing fast, and this is the largest coworking conference series in the world. 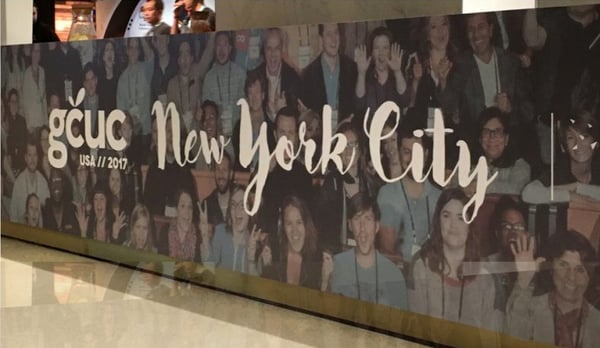 For the first time ever, GCUC is repeating a venue. The 2018 event returns to New York City and Convene for the second consecutive year. Another first, Greetly is sponsoring the conference!

We look forward to seeing you in The Big Apple. Before we meet though, here is everything you need to know to premier for this important annual coworking conference.

Summary - See You in New York

Coworking is all about connecting. And all of the big names in the shared workspace industry will be doing that in New York later this month. Stop by our booth to talk about Greetly's digital visitor management system -- you may qualify to get 6 months free!

State of the Coworking Industry: Get Ready for Growth | Greetly

Looking at the state of the co-working industry we see massive growth as the number of workers shifting towards shared work environments accelerates.

GWA: Should You Join the Global Workspace Association? | Greetly

An exploration of the benefits of joining The Global Workspace Association (GWA), is a trade group for shared workspace operators.

The 2018 Global Coworking Unconference focused on profitability and the importance shared workspace functionality and member enrichment.